LEARNING TO USE SPECTACLES WITH PROGRESSIVE GLASSES 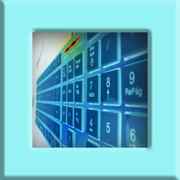 The optimal artificial illumination of a paper document comes out of an incandescent 75 W bulb or an equivalent LED or low consuming bulb, positioned at 75 cm of the document, at the left side of a right-handed reader, at the right side of a left-handed reader.

During reading and writing, position the paper document at 40 cm (twice your handbreadth) of your nose.

If paper and screen documents are to be frequently and simultaneously consulted, place the paper documents vertically on a document holder, at 40 cm of your nose and choose colours of the screen font and after ground similar to those of the paper document.

If you work intensively on a computer screen, do not forget to regularly blink.

We use our own or third party cookies to improve your web browsing experience. If you continue to browse we consider that you accept their use.  Accept  More information